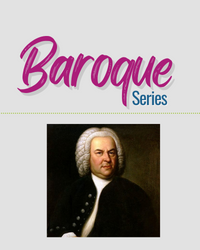 Bach to the Future

Bach is known as the King of the Baroque period, and this program pays homage to him with two selections by Bach and two that were inspired by him. The first of his Brandenburg concertos is considered one of the best works of the period, and the Cantata is a bright story of a spring wedding. Bach’s impact is shown through Villa-Lobos’ Brazilian tribute and in Resphigi’s Sonata arrangement.

Buy To This Event Directions